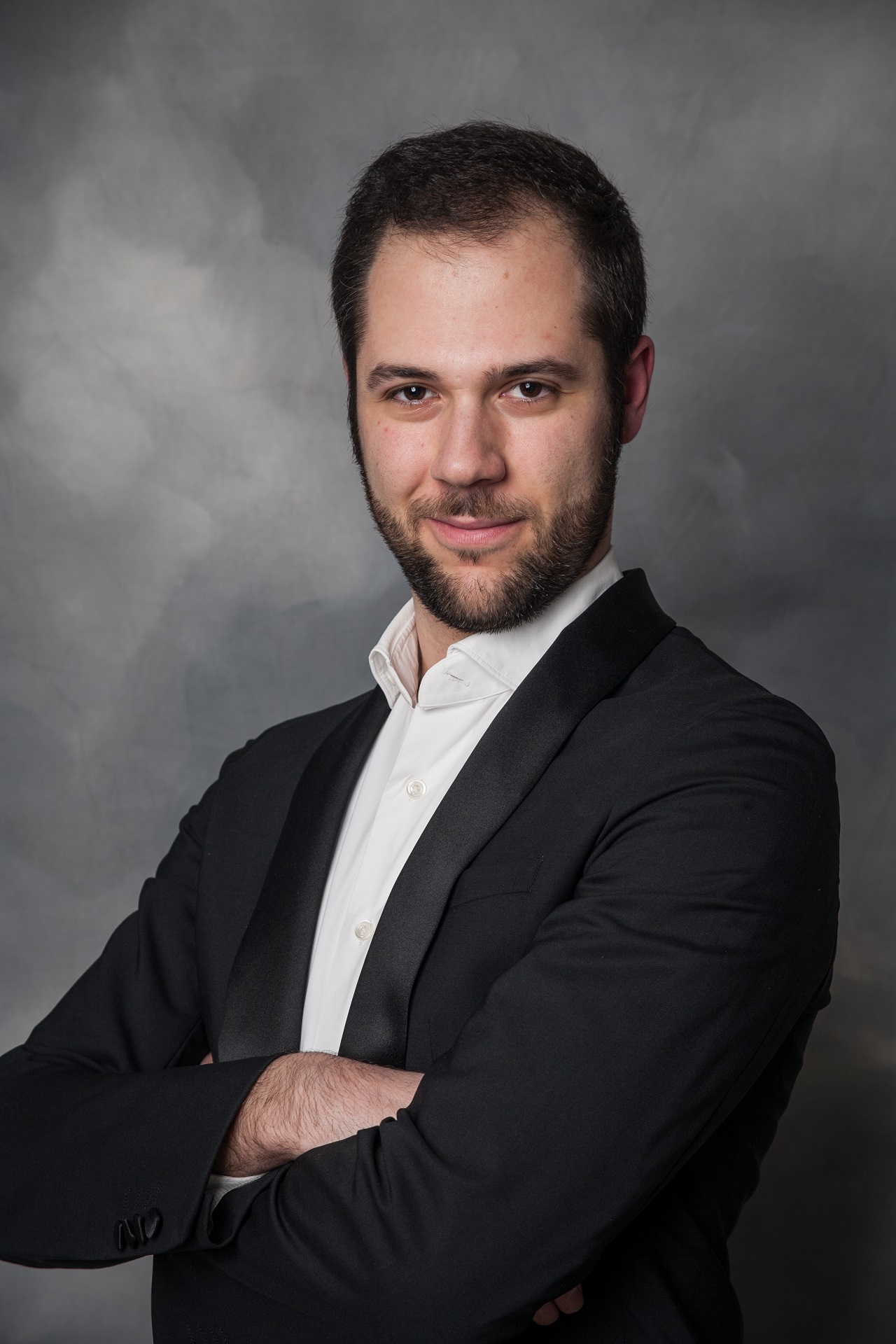 Born in Fermo in 1993, he has achieved the Academic Diploma of II level in Vocal Music with the highest grades and the first-class honours in the Conservatory of Music B. Maderna of Cesena, under the guidance of the teacher Rossella Marcantoni.
He has participated in Master Classes of improvement and has taken singing and interpretation lessons at the International Musical Academy Maria Malibran of Altidona (FM) held by the teachers: Sumi Jo, Daniela Dessì, Piero Rattalino, Elvio Giudici, Franco Trinca, Andrea Concetti, Vittorio Vitelli,Luca Canonici.
He became proficient and ameliorated his skills under the direction of M° Renato Bruson in the academy bearing his name in Busseto. He has been rewarded during the selections, with the awarding of the only scholarship at stake. One of the most important result it was the victory at the 73ª edition of “Concorso lirico sperimentale A. Belli di Spoleto.
He distinguished himself as winner of the Vª edition of the International Lyric Contest « Luciano Neroni » of Ripatransone (2013) as  » Best Young Voice » as well as of the third prize of V° International Opera contest « Anita Cerquetti” of Montecosaro (2015), other than being one of the finalist in the Contest of Maggio Musicale Fiorentino (2017).
In 2014 he played in two concerts « Homage to Mozart », in collaboration with the Malatesta Philarmonic orchestra directed by the Maestro Paolo Chiavacci, at the Malatesta Library of Cesena with the extraordinary participation of Dario Fo. He has taken part to the Grand Gala “A soirée with Rossini” of the Festival Armonie della Sera performed in the Teatro dell’Aquila in Fermo, with the extraordinary attendance of the notable musicologist Sergio Ragni.
Within the productions of the Conservatory « Bruno Maderna » of Cesena, he has interpreted the role of the Count in « Le Nozze di Figaro » of W. A. Mozart under the guide of the Maestro Claudio Desderi in the Bonci Theater of Cesena, and subsequently in the D. Fabbri Theater of Forlì.
In addition, he played in the role of Papageno in the « Magic Flute » of W. A. Mozart, the Poet in “Prima la musica e poi le parole” opera by Antonio Salieri and the Poet in the operatic farsa “L’impresario in angustie” by Domenico Cimarosa.
In the Municipal Theater Mario Del Monaco of Treviso, he interprets in 2015 the role of the Impresario in “Le convenienze ed inconvenienze teatrali”, a dramma giocoso written by G. Donizetti under the headship of the conductor Franco Trinca and the direction of Pierre Emmanuel Rousseau. At a later time in 2017, he dressed the cloths of Mengotto in the opera « La Cecchina” by N. Piccinni and headed up by Eddi de Nadai and directed by Martin Ruis.
Furthermore he played in the guise of the Baron Douphol in the opera « La Traviata », with the direction of Alessio Pizzech and leaded by Francesco Omassini, that took place in the Municipal Theatre of Ferrara, in the Social Theater of Rovigo and Municipal Theater of Treviso.
The Bern Opern Studio invited him in Switzerland as a guest to interpret the role of Pasquariello in the opera of “Don Giovanni” by G. Dannizaga acted in Biel and Solothurn with the direction of Henriette Sehmsdorf and let by the conductor F. Trinca.
Currently he works with the “Rete Lirica delle Marche” for the promotion and diffusion of the Opera between the young students: for example he sang the role of Conte de Luna in “Il Trovatore” by G. Verdi; the role of Guglielmo in “Così fan tutte” by W.A. Mozart ; and the next role will be Ford in the Opera “Falstaff” by G. Verdi.
He is an active concert artist, he has participated in numerous recitals and concerts for important institutions and opera concerts associations meeting a huge success and very good reception by the public and by the critics/gaining the active support by the public.