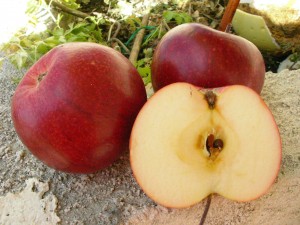 Rabastens is another example of a rich bourgeois. He is probably very stingy and an exploiter of his personnel, since he claims to pay his servant 30 francs per month, which cannot have been much, even in 1873. He considers himself to be a sophisticated lady-killer and grows eloquent on the subject of love’s duration, but in reality he is an old lecher who cannot keep his hands off the women who work for him. Moreover, he always tries to appear to be younger than he really is (toujours trente-neuf ans …. pour les femmes). It is very tempting to relate him to certain political figures (of the 19th century, naturally, what else?).And then there is the fierce irony with which Offenbach describes Rabastens’ encounter with the employee of that cattle market that is the bureau de placement, in the way he mechanically repeats the words “tout, tout” while drooling at the sight of the new maidservant, and in the churlish way he excitedly orders his nephew to go and fetch the grill for the pork chops. The witty trio des côtelettes is a reincarnation of the late Rossini’s spirit: the art of setting to music the most banal situations and the most humdrum expressions, of reducing a text to pure rhythm and turning characters into musical machines. Being reduced to a musical machine is in any case all that the foolish whining lover Gustave, seeking to recover lost territory, deserves. Finally, there is a champagne feast in Pommed’Api (eating and drinking figure prominently in Offenbach’s Paris) and the work concludes with an irresistible gallop, a nervous outburst of the female protagonist who in vengeance swears that she’ll accept all suitors that desire her if things don’t go according to her plan (si ça ne va pas à mon idée)! This is the last embodiment of the catalogue aria, a play of accumulation, a typology that runs through the whole history of opera buffa: “des Pékins et des militaires, des députés et des notaires, des huissiers, des agriculteurs, des nains et des tambours majors….”

Confined to an apartment (which we imagine being in one of the grand buildings lining the new boulevards), Pomme d’Api was composed during those slightly sad years following the war and the Commune. Its atmosphere is more intimate than it had been in Choufleuri, but the gentle breeze of a tender and romantic Paris manages to make its way through the windows. This is one of the work’s most brilliant touches: C’est un dimanche matin que nous avons pris le train à la gare Saint Lazare… la rosière de Nanterre… la fête de l’endroit(“It was a Sunday morning when we took the train from Saint Lazare station…the rosiére (rose-maiden) of Nanterre…the feast of the place”). There is also the evocation of a suburban fair teeming with life and with awe (A deux pas du chien savant, près de la femme géante, un photographe en plein vent avait élevé sa tente…“ An open-air photographer had set up his tent close to the learned dog and the giantess”)as well as with attractive nature (Puis gaiment prenant la fuite, nous allâmes chercher vite dans le bois, pour rêver, un favorable endroit… “Gaily running away, we hastily looked in the woods for a favourable place to dream”). Delicately accompanied by a bal-musette melody that could be played by an accordion, these words take us to the Paris of lovers familiar to us from the films of Marcel Carné and Jean Vigo, from Jacques Prevert up to Georges Brassens (if you’ll allow this bold leap). After their escape to the countryside, Gustave and Catherine, like millions of lovers, swore each other eternal love on a photograph of themselvesà minuit dans leur chambre, numéro 31, Boulevard St.Michel. How can we not think of the paintings of the impressionists (and even – if we discard the prosaic reference to the menu – of Manet’s famous 1863 canvas): Il faisait un temps superbe, nous avons diné sur l’herbe, je me rappelle encore le pâté de veau froid…(“It was superb weather, we were having lunch on the grass, I still recall the cold veal pâté…”). And finally, as in the lyrics of the chansonniers, a tear spills at the thought of lost innocence: Comme j’étais confiante, folle, gaie, insouciante… mon cœur était en fête, fallait-il être assez bête pour croire que jamais cela ne finirait…(“How confident, elated, gay and fearless I was, how my heart was filled with joy and how foolish of me to have believed that it would never end”).

What’s what? The Pomme d’api is a variety of apple (malus domestica), known in Italy as appiola, with a skin that is bright red on one side and green or yellow on the other. There is also a dark variety (api noir) and one with five characteristic protuberances (api étoilé). In each case it is rustic and aromatic. The agronomer Olivier de Serres (1600) quotes Pliny the Elder, according to whom a certain Appius Claudius Caecus first introduced this Peloponnesian apple to Italy. According to André Leroy (1865), however, the api apple is a French variety originating in the forest of Api, thought to be situated near Rennes. Some have observed that the Greek word àpios means “pear��� and that the name represents an attempt to merge the consistency of the apple with the sweetness of the pear: in short, an extraordinary applepear. In any case, whatever its passport, it must be very good!

To conclude, let us watch other (real) characters emerge from our Paris:

young Louise Théo, who first performed Pomme d���Api– then twenty, and recently discovered by Offenbach – may have played a significant role at that moment in time. She was to follow Offenbach throughout his last years and contributed to the worldwide diffusion of French light opera. She died in 1922 and it’s impossible not to think of the heyday of the French chanson that was then just about to begin and in which she was one of the protagonists. She was the natural daughter of Anne-Gertrude Picolo and the grand daughter of Jean-Baptiste. Her mother had established the first Parisian café-concert on the Champs-Elysées (the Café du Pavillon de l’Horloge), her grandfather was an Italian entertainer and acrobat, who in 1820 had founded the Théâtre Picolo– an itinerant theatre that was famous in France right up to the 1950s. Louise came from one those fêtes de l’endroit of a Paris that was no longer so exorbitantly rich as it had been during the Second Empire, a Paris more lively and more popular, but still full of zest for life and love. Offenbach, the Parisian, was so sensitive to his city that he was also able to offer us this idyllic aspect of Paris: the dream of a city. 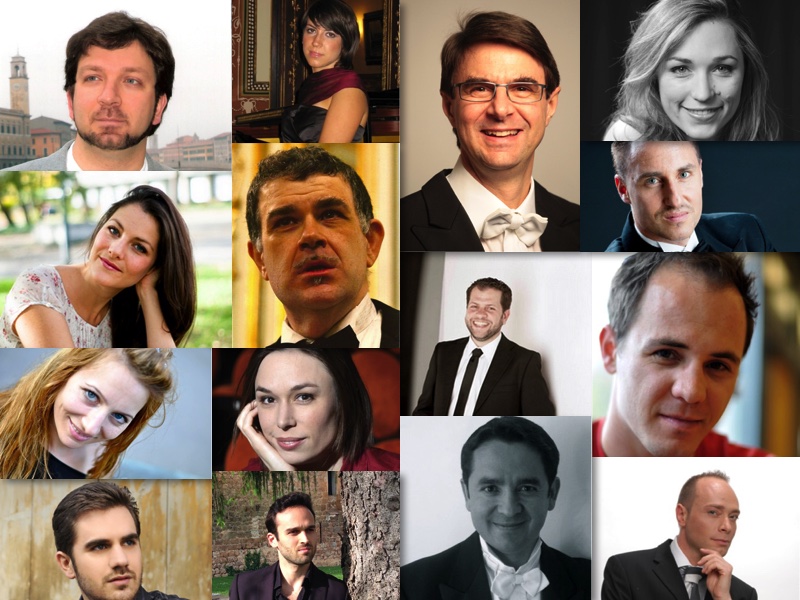